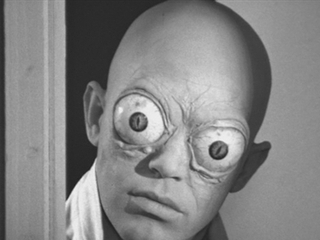 Creepiest show ever!  The Outer Limits was a science fiction show in the United States in the early 1960’s. I don’t know why my parents let me watch this, I was just a little kid, like five years old.

I had this clock and a bedroom with no windows.  After I watched the episode with old egg eyes, I don’t believe I ever really slept until I was a tween.  The creepy face would somehow end up on my tick toc clock and scare the living crap out of me. Thanks mom and dad. 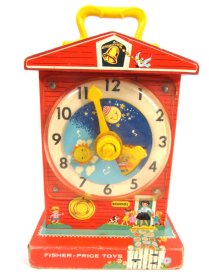