Wow, what a weekend!  As many of you may know an immigrant ban was enacted in the United States. Seven countries were singled out.  Interestingly, none of the countries where tRump has businesses were included in the ban.  By keeping immigrants out of the U.S. who are currently working in the U.S., they will lose their jobs, and guess what? That will create jobs for Americans. What a sneaky plan. Here’s a little back info.

On Sept. 11, 2001, 19 militants hijacked four commercial airlines to carry out terrorist attacks on the U.S. that killed 2,996 people and wounded more than 6,000 others. The 19 men were associated with al-Qaeda, a decentralized terrorist network, at the time led by Osama bin Laden.

Of the 19 hijackers, 15 were from Saudi Arabia, two from the United Arab Emirates, one from Egypt and one from Lebanon.

Guess which countries were excluded from this ban? You guessed it, all of the countries which had terrorists involved in the 9/11 attack on the United States. tRump has businesses in all those countries. Conflict of interest much?

Here is some info I pulled from CNN:

Zero refugees from countries included in the President’s travel ban have killed anyone in terrorist attacks on American soil.
When we say barely, we mean BARELY. According to the CATO Institute, not one person from the seven countries included in the ban has killed anyone in a terror attack on US soil in the last 40 years. This includes refugees, as well.
During this time, only 17 people from these nations combined have been convicted of directly planning or implementing a terrorist attack.

Terrorism is real, but the odds are extraordinary

International terrorism is a serious global issue, one that most leaders and citizens agree needs to be taken seriously. However, when the risk is boiled down to a matter of immigrants, refugees, and American citizens, the threat becomes infinitesimally small. According to a review by the CATO Institute, the chances of an American dying in a terrorist attack committed by a foreigner in the US stands at about one in 3.6 million. The breakdown includes attacks over a 41-year period and includes the 9/11 attack, in which 3,000 people died. Once you narrow it to refugees and and illegal immigrants, the threat is even smaller.

Other, more prevalent risks to life put it in perspective

Again, the threat of terrorism needs to be –and is — taken seriously, but there are thousands of other phenomena that claim more American lives.
Even so, the statistics above don’t tell the whole story. For instance, in 2016, the number of Americans killed in terrorists attacks in the US was unusually high because of the Orlando nightclub shooting, which claimed 49 lives and is considered an act of terrorism carried out by a Muslim extremist. However, it’s important to remember that attack was also the deadliest terrorist attack — and the deadliest mass shooting — in the US since 9/11.
On the other hand, the gun violence statistics do not include suicides by firearm, which usually hover around or above 20,000 per year. 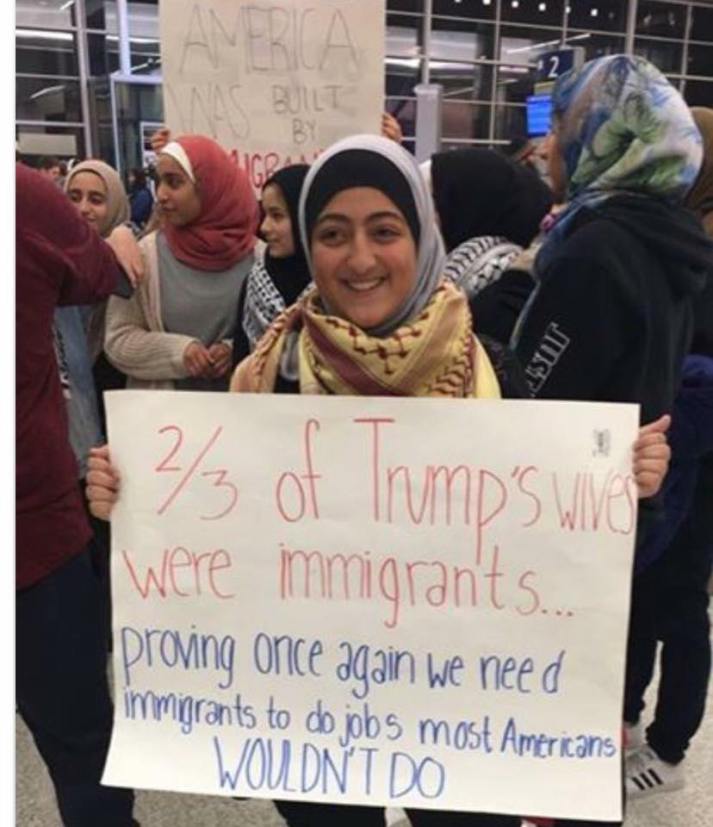