Seems like a bit of an oxymoron to me.  While I do have a blog, I don’t post every minute action of my life to social media.  I’m old school (or just old according to my teenage son) whereas I have a Facebook account.

Why do people feel the need to share everything on social media? Is it the need to be validated by others? I’ve connected with many old friends on Facebook, which is great, but you won’t see what I made for dinner the night before. I recently saw a photo of a Facebook friend’s minor child, bloodied in the ER.  His first stitches she gasped. The kid looked mortified.

Another post was a friend who went on TV without having eyebrow make up on.  People commenting that she was so brave, WTF! Granted she was on an infomercial program for her cosmetic studio, but brave for going out without her eyebrows on?? Brave is someone who runs into a burning building and rescues people or pets.

What about the person who posts 50 plus photos of their child’s birthday, first tooth, etc.  Or the people who post cryptic messages, begging people to ask them why they are sad, mad, fat, etc.?? Why do people feel the need to put so much of their lives out there for the whole world to see?  Does anyone really care? I know I don’t. I have a distant relative who once posted 500 photos of her kid’s sporting event.

When did we as a society become so completely self-absorbed? While I may take photos of my food when I dine out, it’s because I write reviews for TripAdvisor, Google, etc.  What happened to living in the moment instead of photographing the crap out of it and posting it all on social media?

I recently attended a function called China Lights.  It was Chinese sculptures entirely made of silk that had lights on the inside.  It would have been so much better if every person in front of us didn’t have to stop and take endless selfies. I could see one or two, but every flipping sculpture had a multitude of knuckleheads taking a crap ton of photos. I went last year and took some photos, but it wasn’t very crowded, and I made sure I wasn’t in anyone’s way.

I’m always amazed when I see some viral video where something terrible is happening to someone, and people stand around filming it.  What happened to being a decent human being and helping the person instead? What a concept!

I wish more people would be more involved in helping others than documenting every mundane aspect of their lives on social media.  I have more respect for the unassuming person who helps others, not the braggarts who feel you need to see what they had for breakfast. 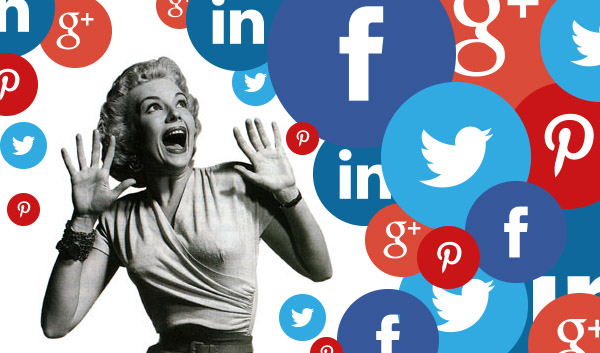 41 thoughts on “The superficiality of social media”