I can’t believe it’s been fifteen years.  December 29, 2002 to be exact. Fifteen years ago today, my dear sister in-law Joanne was killed by a drunk driver.  Joanne was an ER nurse on her way to work when she was cruelly taken away by a drunk driver at 6 o’clock in the morning.  I had spoken to her briefly on Christmas day, she was busy and I knew I could catch up with her later.  Later never came.

Nothing is more jolting than the phone ringing at 7 am, especially when your family lives out of state.  My mother called me to tell me the terrible news about Joanne.  She had been killed in a car accident. I could barely breathe, Joanne and I were very close. She had been a part of my family for 17 years.  I remember when I first met Joanne.  I told my brother you had better not let this woman get away.  Seven years later she became my sister in-law.  She left behind two young children, along with my brother and many friends and family.

Joanne had moved back to the small town she grew up in to be closer to her widowed mother.  She built an addition on her childhood home so she could help care for her.  Family was everything to Joanne.  She wanted her children to have the same kind of childhood she had, growing up in a small town and being actively involved in the children’s school and church.  She worked weekends at the hospital so she could spend more time with her kids during the week.

Joanne would give you the shirt off her back.  She was always thinking of others.  The day she died, she had volunteered to take another person’s shift at the hospital.  We had planned a trip with her family and mine to Mexico the following year. Growing up without any cousins, I was excited at the prospect of both of our families going on vacation together, and our children getting to know each other.  We lived in different states but talked often on the phone.  The last time I saw Joanne was the Summer of 2002.  We went on a family trip and had a grand time.  I was so looking forward to our Mexico trip.

Over the years I had my niece and nephew come and spend time with us in Wisconsin.  I will always treasure those times.  I’ve always tried to do right by my niece and nephew, because I know had the situation been reversed, Joanne would have done the same for me.

Joanne’s children are grown now and I know she would be so proud of them.  She has a beautiful granddaughter as well. I think about her often and wonder what her life could have been.  She accomplished a great deal during her short time here on earth.  She was an organ donor, and her death benefited over 200 people. I didn’t even know that was possible.  She help found the Center of Hope at the hospital where she worked which offers aid to victims of sexual assault.

Making the five hour trip for the funeral was a very difficult time for us.  We last saw Joanne six months earlier when they came to visit us.  Pulling up to the funeral home was surreal.  There was a line of people out the door and around the building, waiting to pay their respects to this vibrant, caring person.  I think I counted at least four people who said Joanne was their best friend. She always listened and never had harsh words for anyone.

I’m not a religious person, but when I hear people say “what would Jesus do?”, I say  “what would Joanne do.”

You are forever in my heart Joanne. I miss you so much. 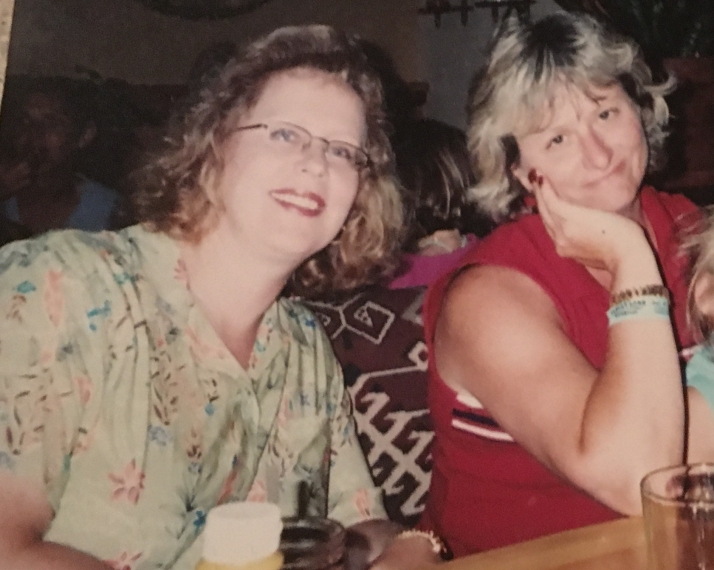