Can I just say Orlando has the best quotes?? And I reblog all of them!

Never make assumptions based on the opinions of others!

One day at the entrance to heaven, St. Peter saw a New York street gang.

walk up to the Pearly Gates. This being a first, St. Peter ran to God and said, “God,

there are some evil, thieving New Yorkers at the Pearly Gates. What do I do?”.

God replied, “Just do what you normally do with that type. Re-direct them down to hell.”

St. Peter went back to carry out the order and all of a sudden he comes running back yelling “God, God, they’re gone, they’re gone!”

If only that were true, what a wonderful world it would be!

Putting My Feet in the Dirt

“If love conquers all, than why don’t more people love?” ~M

I’ve missed more than 9000 shots in my career. I’ve lost almost 300 games. 26 times, I’ve been trusted to take the game winning shot and missed. I’ve failed over and over and over again in my life. And that is why I succeed. – Michael Jordan 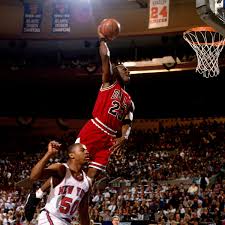 It is frustrating when you visit a blog where you can’t like the post or leave feedback easily. Blogging on a network like WordPress or Tumblr gives you a sense of connection and community that is hard to do with some platforms and self hosted blogs. I think you can install the WordPress jetpack to connect it with WordPress.com or another service like Disqus where you can plug in a commenting app to your blog.

Perhaps this is a silly first world problem but you know I am kind of digitally lazy like that. However giving the reader the opportunity for instant feedback can give your blog a better feel of interactiveness.

Comments and likes are feedback which is the life blood of many blogs and their writers. They need it to help guide their posts and writings. So a quick feedback is better than nothing at all. So I…

How cool is that?

The inside of a cabbage. I could study this for hours.

The lack of scientific understanding, the ignoring of climate change etc.

The natural disasters which seem to be increasing in frequency and intensity.

The unbelievable attitude towards guns, which in itself is partly responsible (largely responsible) for the increasing number of mass shootings – the latest one in South Carolina which involved racial hatred….

…and racial hatred. White cops shooting black people on the regular, black on black crime etc. FBI statistics on US crime are startling, look them up.

Racial hatred, poverty and ready access to guns is a recipe dreamt up in the deepest depths of Hell, created to stir up the most delicious dish of national catastrophe.

I predict that the United States of America will not last until the year 2050. It’s sad, really. The USA has been the world’s greatest superpower since the 1940s. You’ve given us most of the greatest things the…